To celebrate the publication of ‘Plaint for Provence’- Book 3 in The Troubadours Quartet author Jean Gill has asked MysteryReads to select 7 winners for a print copy of the first edition of ‘Song at Dawn’, Book 1 in the prize-winning Troubadours Quartet. The winners will be selected using the Rafflecopter entries below.

We will be giving away one print book per week for seven weeks – how cool is that? And the eBook version for Song At Dawn is free – see the first entry in the Rafflecopter below! That makes everyone a winner.

Plus you can get another free Jean Gill book if you sign-up for her newsletter.

Be sure to follow Jean on Facebook, Twitter and visit her website. Watch the trailer then scroll down the page for the Rafflecopter to see all the ways you can enter to win. The first drawing is in 7 days so get started for the most chances to win. 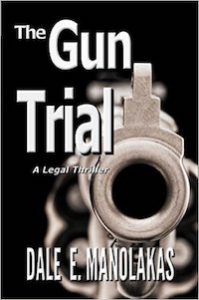 About The Gun Trial ~ A Legal Thriller by Dale E. Manolakas

NEW RELEASE by Bestselling Amazon Legal Thriller Author
Discounted to $.99 from $.99 July 22, 2016 through July 23, 2016
Five-Star Reviews: “Gripping”~”Absorbing”~”Page-Turner”~”Engaging”
Guns fire and lives shatter. Media wars and violence drive a legally pivotal, riveting trial against gun sellers. A Yale student’s death triggers the treacherous and deadly legal fight for justice. Only the small Los Angeles firm of Kraus & White will litigate the difficult, cutting-edge case against the gun establishment, corporate oligarchs, and hostile media. Amidst internal strife at Krause & White, the lead trial lawyer Sophia Christopoulos and her colleagues battle parochialism and danger in Bakersfield, litigate against well-financed and corrupt opposing counsel, and overcome treachery violence and death. Fighting for her life and her firm’s survival, Sophia takes the case to its climactic trial in hostile Kern County, California. Scandal and treachery are compounded by demonstrations, deaths, and the ratings-hungry media. Racial, ethnic, gender, and geographic tensions fuel the already volatile mix. The dramatic conclusion only serves to emphasize the ubiquity and difficulty of gun violence and guns themselves in America. BUY NOW!
[First in Series is LETHAL LAWYERS also on Amazon $.99 KDP Promo 7/22-7/28!]

This Mystery book is available in these Formats: eBook

About The Plunge “Parallel Past Series” by Edward J Schneider

It’s the year 2150 and the exotically beautiful Chandra Jarvis is jogging in Golden Gate Park, when suddenly she is catapulted into a parallel universe to a bygone era: the Old West. Fortunately, her futuristic suit of special fibers and a personal computer chip implant come with her, as she will need every available advantage to survive on the Oregon Trail of 1850.
Leaving behind her somewhat labile, sheltered, electronic dream life, she is thrust into rash encounters with all the people, grit, and danger of that time. She experiences the gamut of emotions, from love to heartache, to comfort and fear, establishing true and lasting friendships along the way.
Will she ever be able to return home? Can she ultimately accustom herself to the ways of the west and find a new direction for her life?
Join Chandra in her quest for that answer and more in this first novel of the Parallel Past time travel series, a refreshing dip into other worlds and possibilities still to be explored.

This Fiction book is available in these Formats: eBook